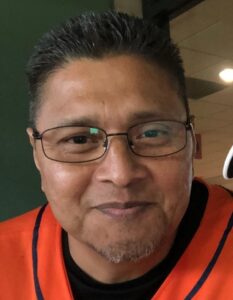 While I was going through my rehabilitation at the VA Hospital, I became aware of the Texas PVA. Texas PVA did a lot of activities for the SCI patients such as having Oktoberfest, Thanksgiving and Christmas Luncheons there in the VA Hospital. I still look forward to attending and volunteering at these events. I also enjoy volunteering at chapter fundraising events.

After being discharged from the VA Hospital, I realized that Texas PVA also had a lot of activities for the General Membership which included hunting (deer, geese and dove) trapshooting, fishing trips and also helped sponsor community events, whether it was a wheelchair sports event (manual or motorized) or a disability awareness function.

Back in the 1990s before Texas PVA had satellites, TPVA had subchapters where I held several positions such as Member-at-Large, Secretary and Sports Director. I did my TPVA Volunteering during the day and did my own sports participation in the evenings. I also competed in the National Veteran Wheelchair Games from 1988 to 2004. From 2004 to 2017 I stepped away from TPVA to enjoy time with my family.

Our kids have grown up and moved out and have started their own families. Now I find myself with extra time and have decided to get back involved with Texas PVA and help in any way that I can. I look forward to meeting the new members that came aboard during my leave.